You’ve been dreading the confrontation for weeks.

You and your girls booked a trip to Cabo, which will require you to take a week off from work. But your boss is one of those old school, “don’t-call-in-unless-your-dead” types, and you know he’s going to throw a fit at your request.

Alas, the deadline to put in your two-week notice has arrived, and it’s now or never.

You down a Red Bull in the car and pump yourself up to some Beyonce. Your mind is set; as soon as you enter the office, you’re going to tell him what’s up. But as you walk towards the door, your pulse begins to pound, and all of the worst-case scenarios start running through your head.

What will he say? Will he hold a grudge against you? Will your coworkers be mad? Will you lose your job?

As you round the corner, you see him seated at his desk with his sergeant-like posture.

Your heart drops. Before you know it you’ve reached your cubicle, and suddenly the prospect of canceling your reservations seems easier.

This, my friends, is anxiety. We all know the feeling. And it kinda sucks.

We experience this fear in a variety of situations. Whether it’s a difficult confrontation, a first date, a job interview or an important test, many aspects of our lives provide us this type of stress.

Sometimes the feeling is useful. When we’ve got a lot on the line, an emotional kick in the ass is often what we need to get up and going.

But on the other hand, this feeling can also sap our very enjoyment of life.

For instance, imagine being so afraid of contracting a disease that you constantly wash your hands until they bleed. Or that the sound of the letter “B” inspires so much fear that you feel you must tap your head 50 times to cancel it out.

You see, the exact mechanism that prevents you from confronting your boss is also the conduit for such dysfunctional behavior.

While you may not need to count every ceiling tile before leaving your house right now, there are probably some issues in your own life tied to that little anxiety demon.

Luckily, a little tinkering with your thoughts can help you recognize the irrationality of this feeling, which will lead you toward a better life.

Why do we feel anxiety? 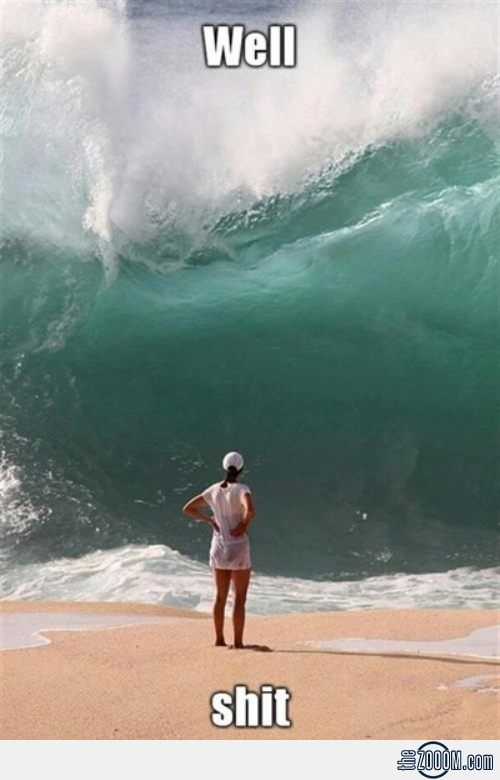 Anxiety is defined as a “fear or nervousness about something that might happen.”

Whether it’s the butterflies you feel before a first date or the dread that accompanies OCD, all forms of anxiety stem from an emotion attached to an expectation.

The main actors in this feeling are the tiny, almond-shaped thingy’s in your brain called the amygdala. These little guys trigger your body’s fight or flight response, a survival mechanism that allows you to quickly react to situations you perceive as life-threatening.

Thus, anxiety serves as a form of self-defense.

When you sense a threat, like a stranger following you down a dark alley, anxiety tells you to either run away or start recalling that karate class you took in second grade.

More subtly, this feeling also works to defend the idea of yourself.

For instance, you might consider yourself to be an incredible musician (in spite of the fact that you’ve never booked a gig). When someone questions your life’s direction, you could “fight” this threat by calling him an idiot, or”fly” from your doubts by numbing them with drugs or alcohol.

Either way, both of these responses are designed to protect your ego’s survival.

Again, sometimes this feeling is useful. If you imagine yourself to be a future attorney, failing the LSAT’s poses a pretty severe threat to that idea. Thus, you might “fight” your anxiety by viciously studying every night.

But when we turn to maladaptive behaviors to cope with these fears, anxiety can ruin our whole fucking lives.

Consider the unemployed dude who still lives with his parents. This man’s actually using a pretty effective coping mechanism for his anxiety. After all, if no one rejects him in the outside world, it’s easy to defend the idea that he is a cool, unique person.

But becoming too comfortable with this response might eventually cause him to shoot up an elementary school. You see, the “flight” behaviors are equally good at alleviating anxiety in the moment, but in the long run they kinda suck.

Yet when you’ve gotten used to hiding your whole life, mustering the courage to face your fears is often the most difficult step.

That’s why it’s important to understand the following: All of your fears are completely baseless.

Why your fears are bullshit

The above chart gives the most succinct representation I know of why all fear is complete bullshit.

In every single situation you are ever going to face, two possibilities exist: you can control the outcome or you can’t. Given this, why are you worried about either?

Sure. Sometimes we face scenarios where a lot is at stake.

If the LSATs are coming up, you really, really need to do well on them to justify your $30,000 of  debt, right?

But even this situation falls into the domain of can or can’t-controlledness.

For off, your debt is a sunk cost. That money is gone forever. Second, if your career depends on a good grade, then you need to allocate the appropriate amount of time towards studying. If you can’t do that, then the situation is beyond your control. It’s that simple. Worrying about it won’t change a damn thing.

What’s more, even when shit does hit the fan, our bodies are actually really good at adapting to it.

In 1978, a group of researchers made the startling discovery that paralysis victims enjoy their day-to-day lives as much as recent lottery winners. That’s right. People who have suffered life-debilitating injuries experience the same amount of happiness as those who have seen their hopes and dreams come true.

No matter what happens to us, we’re endowed with a strong propensity to eventually return to our baseline level of well being.

This fact might seem sobering, but it actually makes a lot of sense.

At the core of everything, we are beings of the present moment. Though the mind can project itself into a hypothetical future and replay what it’s already experienced, it forever remains locked in the now.

So what use does it have in becoming attached to that which is beyond its control? Whether you become a celebrity or a homeless person, you’re always going to be right here.

So get used to it, man. And quit taking things so seriously.

How to be afraid anyway

Now that you know all of your fears are baseless, it’s time to go conquer the world right?

Not so fast, hombre.

Even with this divine knowledge, you will never escape the fact that you’re human. We have a certain name for people who don’t feel emotions: sociopaths.

So the trick isn’t to stop being afraid. The trick is to acknowledge your fears and keep acting anyway.

After college, I chose to start a freelancing career from scratch while traveling around the world. Obviously, this decision came with its fair share of doubt and anxiety.

But each time I would experience these feelings, I simply tried to acknowledge they were occurring and continue emailing my next client. And whaddyaknow, six months later things have gone just fine.

If you need to conquer your own anxiety, one great way to start is by taking small steps.

It could be something as simple as saying “hi” to a stranger each morning. Or driving to the gym three days this week – anything puts the current you in front of that which it has been avoiding.

By doing so, you acknowledge the presence of your fears then tell them to “fuck off” with your actions. And with each confrontation, you slowly begin to how irrational they were in the first place. This discovery is the catalyst for future action and the recipe for taking control of your life.

Because at the end of the day, anxiety is a primal fear whose sole purpose is to keep us alive.

But I’ve got bad news, gang: We’re all dying anyway.

With each moment, we retreat from our former selves into an unknown future that eventually comes to a permanent stop. Thus, our task is not to flee from the inevitable. It’s to embrace the fact, then discover ways to die a little better.

So relax. Take a deep breath. And tell your bosses’ bitch ass that you’re going to Cabo.

One thought on “Getting to the Root of Anxiety”